These otters are found in South East Asia and India. They are listed as Vulnerable by the IUCN. That means they are one step away from being endangered. Besides habitat destruction, pollution is the biggest threat to this species. Pollution has caused a big reduction in fish population, which, of course, is the animals primary food source.
Posted by Safari Mike at 1:20 PM No comments:

With Safari Mike away exploring the high deserts, Dave calls on his old friend, and self-professed Pandora lover, Scott Campbell from the Enchanted Tiki Talk podcast to discuss the new Avatar-themed land at Disney's Animal Kingdom with someone who has a totally different perspective on Pandora then either of your hosts. We have SPOLIERS galore on this one so be warned...

If you have any questions or comments about the show, feel free to email us at jamboeveryone@gmail.com. Asante Sana and enjoy the show!
Posted by JamboEveryone at 1:07 PM No comments:

The spotted hyena is also commonly called the laughing hyena, and you can probably guess why. It is the largest of all hyenas who as a family of carnivores are more closely related to bears than dogs. It is believed the hyena as a family of species originated in Asia, and according to prehistoric cave paintings, were found throughout Europe, as well. 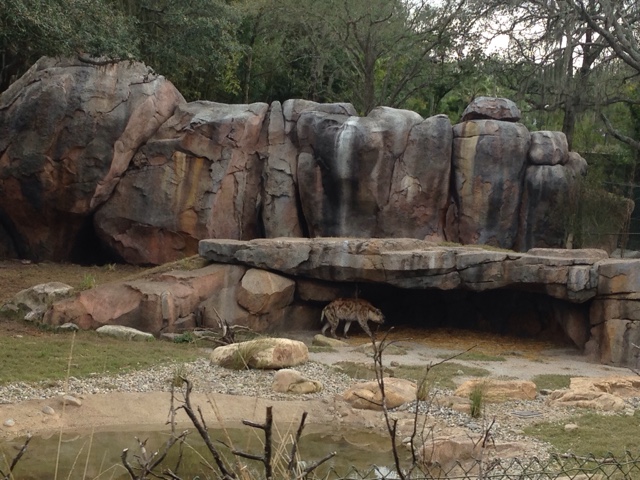 The hyena is one of the most adaptable carnivores on Earth. They also make the most use of their food, with powerful teeth allowing them to eat even bone. They will eat almost anything, hunting and foraging and even in some parts of Africa, garbage from city streets. As such, they are plentiful throughout their range.

They are also one of the most social animals. Their society is matriarchal, with females being larger. Females also have a pseudo-penis.  The society of a pack is extremely complex. Some groups can have as many as 80 members (though that is extremely rare). Larger groups split up into smaller groups for hunting within the territory. Dominance is not often related to size, but with alliances. Despite this, overthrows of matriarchs and infighting is unusual.

Posted by Safari Mike at 5:44 AM No comments:

How well do you know the Gorilla Falls Exploration Trail? Maybe not as well as you might have thought. On Today’s show, Safari Mike presents us with 10 Things You Never Knew about the former Pangani Forest area of Disney’s Animal Kingdom. If you have any questions or comments about the show, feel free to email us at jamboeveryone@gmail.com

Posted by JamboEveryone at 4:26 PM No comments:

The Blesbok is very closely related to the very similar but much more endangered bontebok. Although considered a separate species, they are close enough that they can interbreed. The two species are distinguishable by their face, the blesbok has a thin brown line breaking the white fur patch on the nose, while the bontebok has a solid white patch. 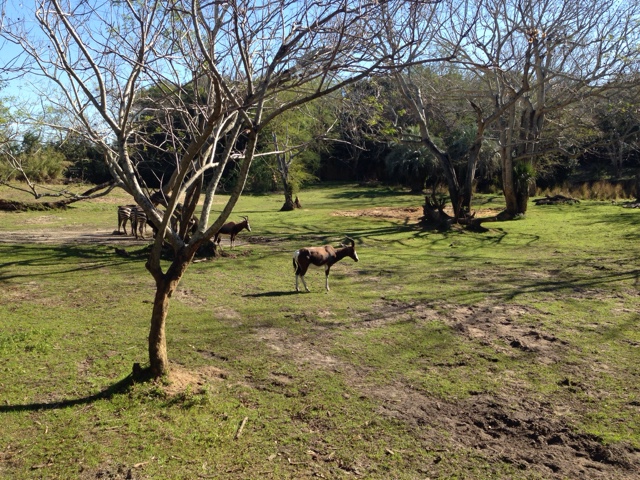 In South Africa, the species is found in large numbers at many of the national parks. It is confined to the grasslands, avoiding woodlands. Like the bontebok, the blesbok can't jump, an unusual trait in antelopes, which made them much easier to conserve when they were on the brink of extinction by fencing them on private property. Now, there are approximately 240,000 animals in South Africa. 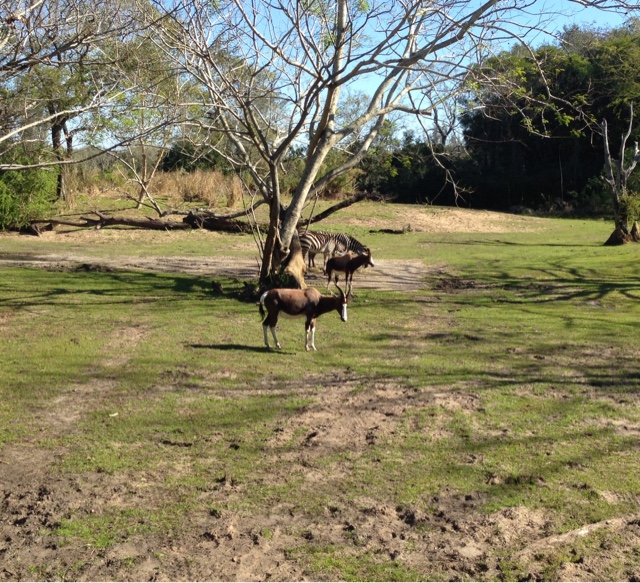 They are a staple food item for many of the predators on the savanna including lions, cheetah, wild dogs, hyenas, eagles, and more. While they cannot jump well, they are fast, reaching nearly 45 miles per hour.

Posted by Safari Mike at 9:13 AM No comments:

The beautiful king vulture can be found in the lowland rain forest from Mexico to Argentina. Like all vultures, their head and necks are bald to avoid infestation when eating rotten meat. But these birds do make up for it with vibrant coloration. They also have a very pronounced fleshy piece on their beak called a caruncle. 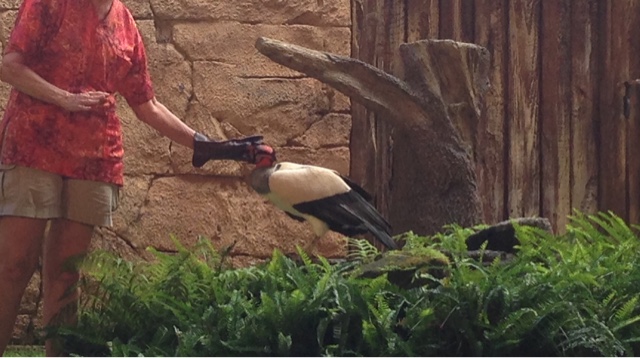 The king vulture can soar for hours at a time, rarely beating their wings and conserving energy. Wing beats are deep and strong, and you can that at the Flights of Wonder show, as seen below. They are relatively unassuming at a kill and do not fight and bicker nearly as much as many other types of vultures. As you would have guessed, they eat mostly carrion but have been known to kill injured animals before feasting. 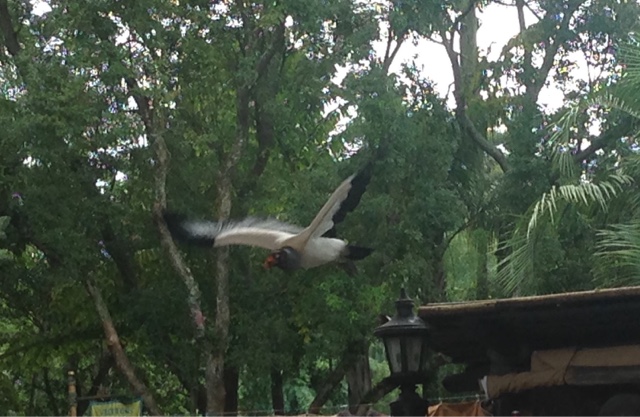 The king vulture is one of the most common animals seen in Mayan art and codices. It was thought to carry messages between the gods. Today, it is still quite common with as many as 100,000 birds living the wild. Although it is listed as of least concern, numbers are declining in large part due to deforestation.

Posted by Safari Mike at 6:24 AM No comments: 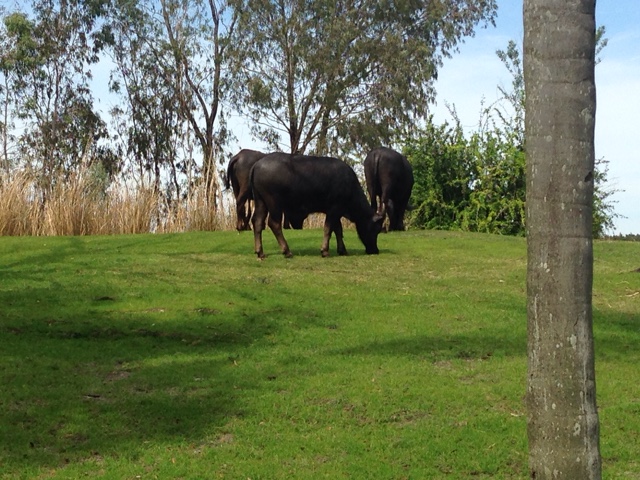 Today, more human beings depend on the water buffalo than any other type of domestic animal. Their milk is rich in protein. They are also quite suited to tilling rice fields.

Posted by Safari Mike at 6:50 AM No comments:

This stork is huge, reaching a height of 5 feet in some instances, with a wingspan reaching up to nearly 12 feet.  It is also called the undertaker bird, not only for its appearance but due to its propensity for eating carrion. This diet is also one reason it has adapted to having a bald head like the vultures. 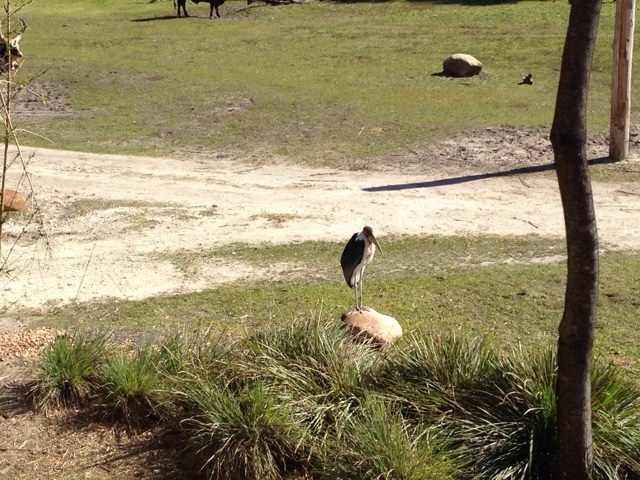 It is a colonial breeder. During the savanna's dry season, they will nest in treetops, laying 2 or 3 eggs. It is not very vocal, but does engage in bill rattling displays. It is a wading bird, like other storks, but while common around lakes, will also be found in the more arid areas of the savanna.

Posted by Safari Mike at 3:16 PM No comments:

The masked plover, or the masked lapwing, is found on the islands of New Zealand and New Guinea, as well as Australia. At the park, it is often found standing near the main pond in the aviary. Although, it can fly, it spends nearly all of its time on the ground in search of insects and worms for food. It also nests on the ground and is not shy about nesting in high traffic areas like parks or even supermarket parking lots and the roof of a suburban home. 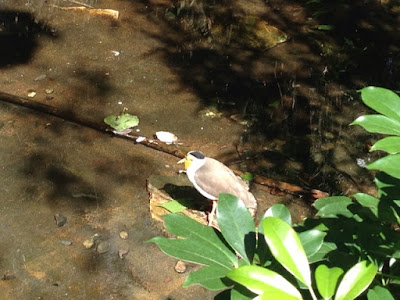 The bird is highly territorial, especially during nesting season. Using loud calls and aggressive dives to drive off potential predators of a chick or egg. They even use distracting displays such as pretending to have an injured leg to attract would be predators from the nest.

Posted by Safari Mike at 8:17 AM No comments:

The Indian pygmy goose is also known as the cotton pygmy goose. It is found throughout India, Sri Lanka, Southern China and Southeast Asia, wherever is a large body of open water. It mostly feeds on aquatic vegetation. 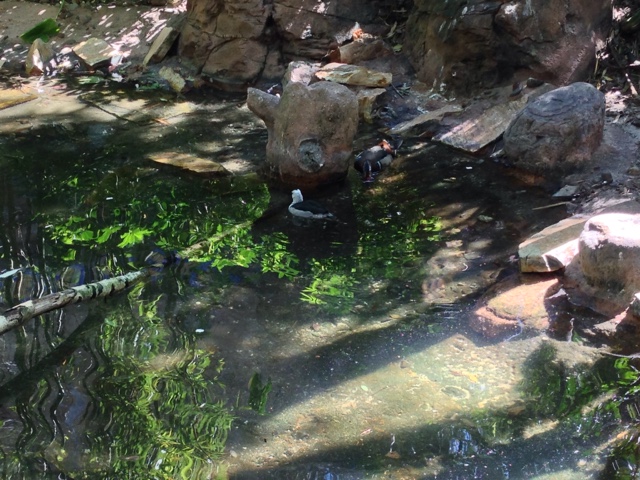 Like many birds, the male is more striking than the female. While the female is a drab off white, the male is a striking combination of grey, white and black. The wings have an iridescent look. A breeding pair will lay as many as 12 eggs and will stay close to the young as they grow.

Posted by Safari Mike at 8:00 AM No comments:

Read the Latest From Jambo Everyone

Shop the Jambo Everyone Store

All Profits made at the Jambo Everyone Store will be donated to our Conservation Partners! Shop and Help Save Wildlife!

Listen to the Podcast 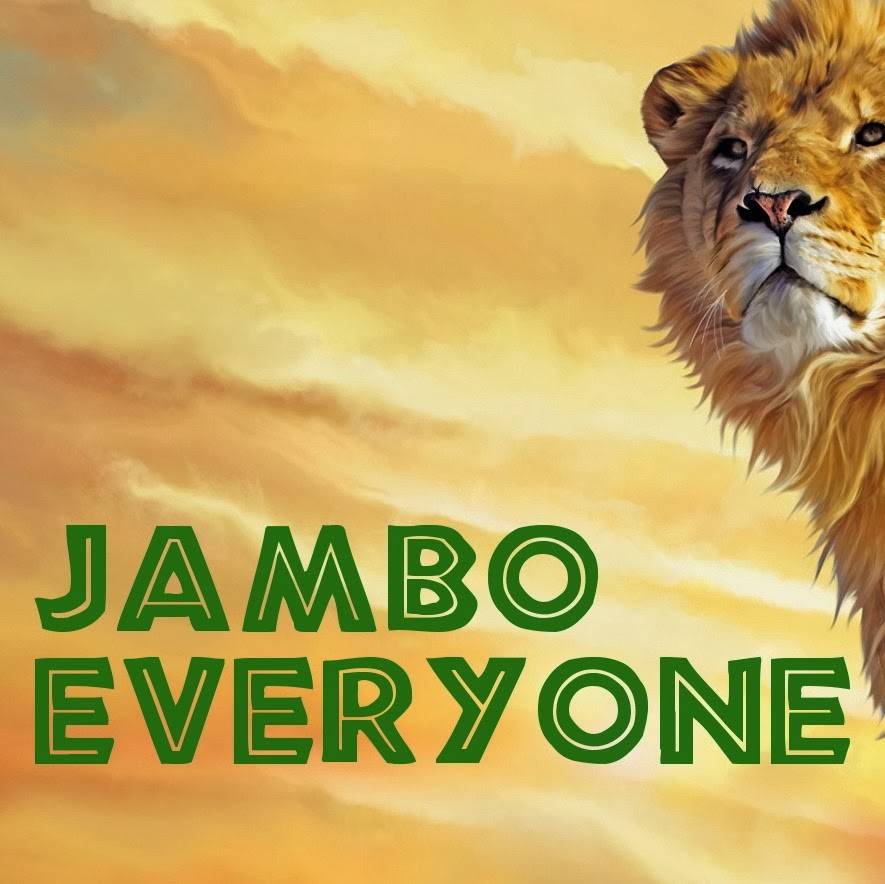